With iPhone 11 Pro you get Just the right amount of everything. A transformative triple‑camera system that adds tons of capability without complexity. An unprecedented leap in battery life Another hour of battery life would be great. Here are five more hours on the Pro. And a mind‑blowing chip that doubles down on machine learning and pushes the boundaries of what a smartphone can do. The 3969 mAh battery gives you an all‑day battery life lets you do more and charge less. iPhone 11 Pro Max comes in all your favorite colors so you have a choice. iPhone brings to you performance in  Space Gray, Silver, Gold, Midnight Green (matte colors). iPhone holds its value longer. Every iPhone is engineered with premium materials and built to last. The Green Color is Special Edition and goes for a slightly higher price. 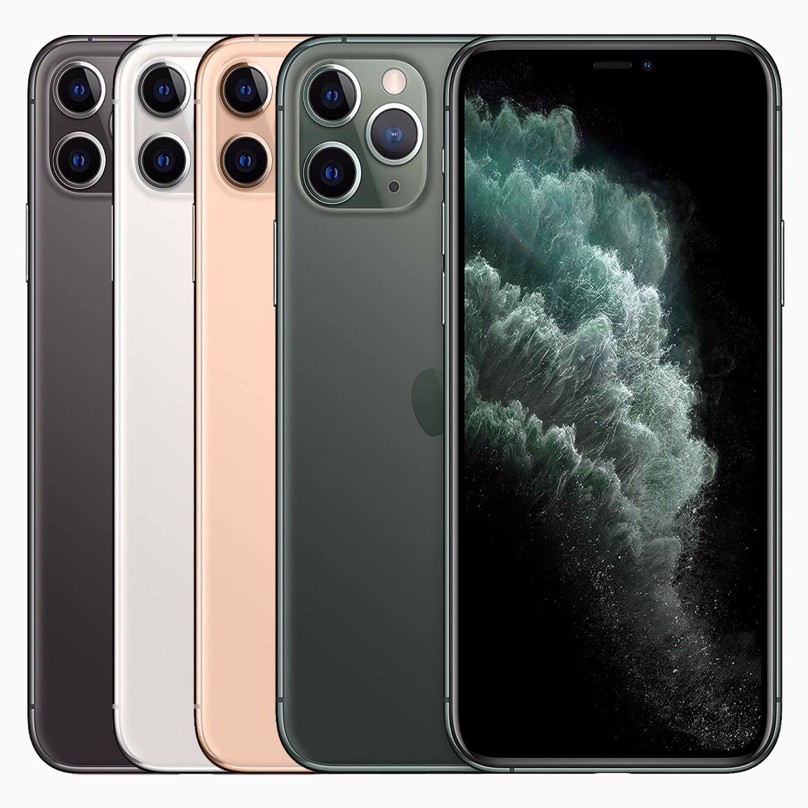 With  iPhone 11 Pro Max  It just got a whole lot harder to take a bad photo. Meet the first triple‑camera system to combine cutting‑edge technology with the legendary simplicity of the iPhone. Capture up to four times more scenes. Get beautiful images in drastically lower light. Shoot the highest‑quality video on a smartphone. Elegant, immersive interface. Apple has leveraged the wider field of view to let you see what’s happening outside the image frame — and simply tap to capture it.  iPhone 11 Pro Max lets you capture videos that are beautifully true to life, with greater detail and smoother motion. Epic processing power means it can shoot 4K video with extended dynamic range and cinematic video stabilization — all at 60 fps. You get more creative control, too, with four times more scenes and powerful new editing tools to play with.

Why Selfie When You Can Slofie?

The new 12MP TrueDepth camera lets you take superfun slow-motion selfie videos at 120 fps, or shoot in 4K at 60 fps. For stills, the camera now automatically zooms out when you rotate your iPhone, so you can get your whole crew in the shot. Yes, even selfies can be Pro.

Super Retina XDR. A sharp contrast from everything else. The Super Retina XDR display boasts not one but two new record levels of brightness and understands when to use them. It hits up to 800 nits when you’re out in the sun — great for shooting and making selects on the go — and up to 1200 nits when you’re viewing extreme dynamic range content. It’s like having a Pro Display XDR on your iPhone. A chip so advanced, even we’re trying to catch up. Apple custom‑built A13 Bionic with a focus on machine learning across the entire chip — enabling experiences that simply aren’t found on any other smartphone. In fact, it’s so fast, so powerful, and so intelligent, it’s years ahead of any other chip. Which gives you an unfair advantage.

The Fastest Chip Ever In A Smartphone

The 8‑core, Apple‑designed Neural Engine is up to 20% faster and uses up to 15% less power. It’s a driving force behind the triple‑camera system, Face ID, AR apps, and more. Machine Learning accelerators. Two new machine learning accelerators on the CPU run matrix math computations up to six times faster, allowing the CPU to perform over one trillion operations per second. Core ML 3for machine learning in apps, To help developers leverage the machine learning power of A13 Bionic, Core ML 3 works with the Machine Learning Controller to automatically direct tasks to the CPU, GPU, or Neural Engine.