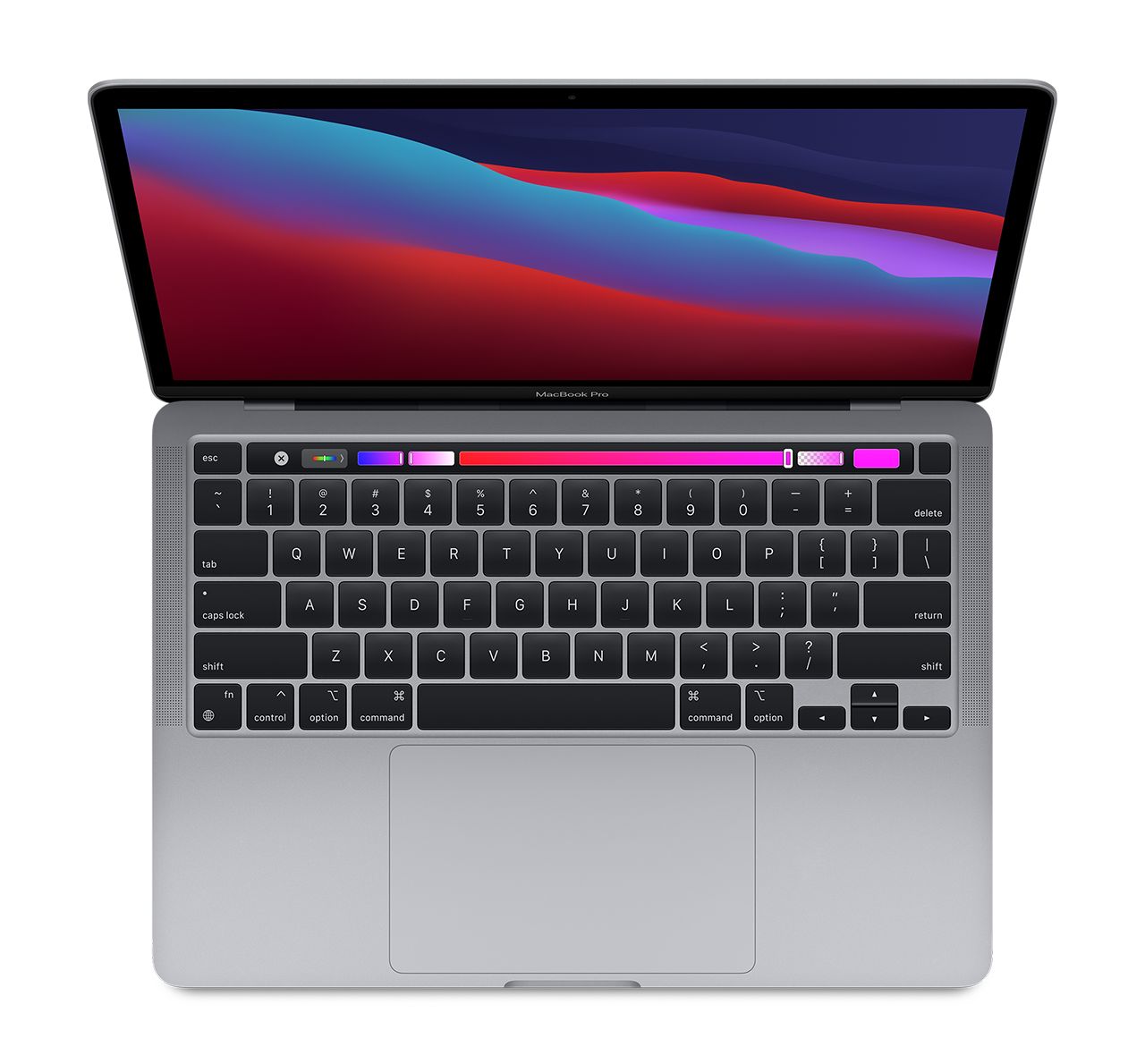 The 2020 Macbook Pro M1 13-Inch is Apple’s first introduction of their new 8-Core M1 processor. This is the first Macbook pro to feature the new processor that was designed and built in-house. The M1 processor has a clock speed of 3.2 GHz and is substantially more energy efficient to it’s Intel counterparts, allowing for up to 20 hours of use with the same battery capacity as previous models. Due to the new processor, this device does not support Window’s emulation. It does however feature an integrated 8-Core GPU which shares 8GB of memory with the system through a Unified integration. The rest of the Macbook Pro specifications match previous models with a 256GB entry-level storage option and only 2 USB 3.1 ports. This is a great device for users who are going to be on their feet all day and need a powerful device that can last multiple hours of use without needing to be plugged in.

Processor & Graphics Processing Unit (GPU): This MacBook Pro comes with MacOS 11.0.1 (20B29) and runs on a 3.2 GHz Apple M1 processor with no Turbo Boost capabilities. This device does not have a dedicated GPU but does feature an integrated 8-core GPU that shares memory with the system.

Memory & Architecture: This MacBook Pro features 8GB of RAM as standard but can be upgraded to 16GB at the time of purchase. Unlike the previous Macbook pro lineup, the RAM used on this device is unified with the onboard memory.

Battery Life: The Macbook Pro M1 comes with a 58.2 watt-hour lithium polymer battery that provides up to 20 hours of a wireless web or Movie use. The longer battery life is achieved by the more energy efficient Apple M1 processor used in this model. Previous generations with the same battery capacity are only capable of achieving 10 hours of runtime.

Storage: The default storage for this model is a 256GB non-removable SSD. This can be upgraded to 512GB, 1TB or 2TB at the time of purchase.

Screen Size and Resolution: A 13.3″ Widescreen Retina display high resolution (2560×1600) LED-backlit widescreen is the only screen type and resolution available for this model. The screen supports a brightness rating of 500 nits and features True Tone technology.

Upgradability: The Macbook Pro M1 13 inches can be upgraded from 8GB RAM to 16GB RAM on a purchase and is not able to be upgraded further after purchase. This system is unable to run Windows on the “M1” processor due to the licensing issues with Mircosoft. The issue is not a technical limitation from apple’s end and requires Microsoft’s cooperation. However, those who need windows 10 right now on their M1 apple devices can currently run it in a virtual machine environment using Parallels. The dimensions of this device are 0.61 in x 11.97 in x 8.36 in and an average weight of 3.0 lbs (1.4 kg).